Posted at 10:22h in News by Enzo Minarelli

3 The names of cities as national anthem, to Sinclair Lewis 1’45”

With sound this poem expresses what the word cannot, 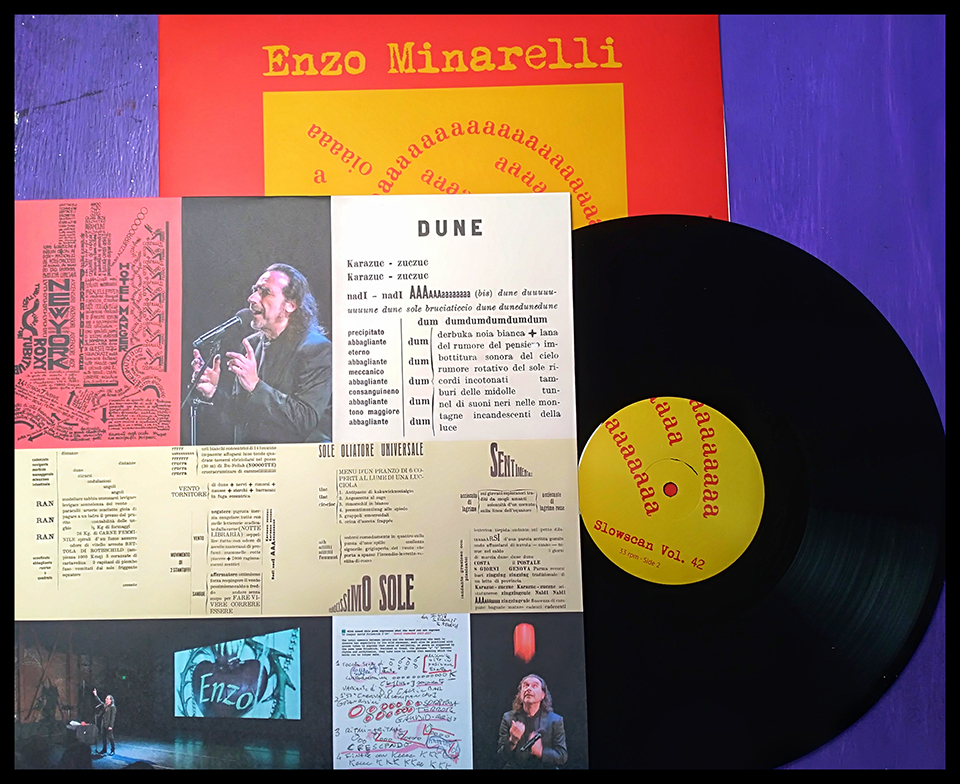 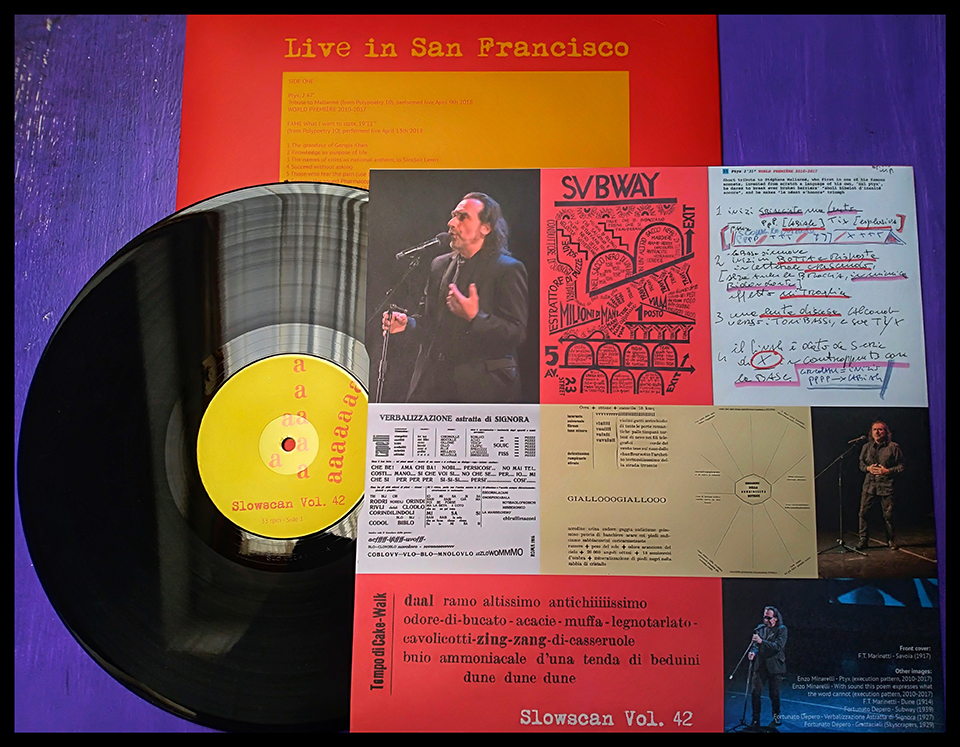 All these polypoems were performed during the Sound Poetry The Wages of Syntax OTHER MINDS FESTIVAL 23, at ODC Theater, 9 th -14 th  April 2018, San Francisco.

Thanks to Charles Amirkhanian, art director of the festival, (whose voice is heard in the LP, introducing me to stage).

Special thanks to all the technicians who worked with me during the rehearsals and the live show.

2 Enzo Minarelli With sound this poem expresses what the word cannot, execution pattern, 2010-2017

Enzo Minarelli in Succeed without asking

Enzo Minarelli in Knowledge as purpose of life